While on a date together, Kim Kardashian and Pete Davidson heckled by Kanye West fan

In February, Kim filed for divorce from Kanye after seven years of marriage and four children together. On December 10, Kim requested that the court declare her to be "legally single" after Kanye allegedly failed to respond to her requests to "terminate" the legal relationship.

In legal documents obtained by BuzzFeed News, Kim stated "no counselling or reconciliation effort" can fix the marriage and "irreconcilable differences" still exist between her and Kanye. 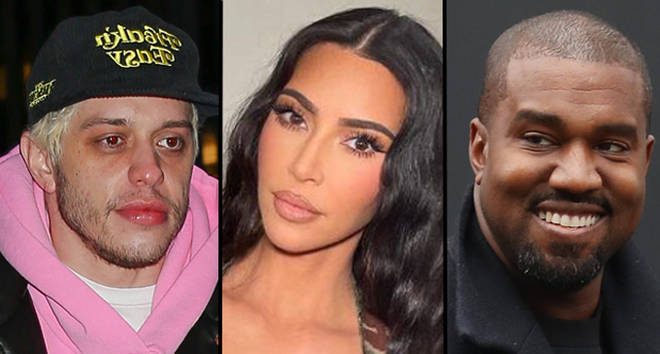 Following their breakup, Kim started dating Pete. Although there's been no confirmation from either of them, the new couple have grown suspiciously close since Kim's debut performance on Saturday Night Live. Since then, Kim and Pete have been spotted having romantic dinner dates, holding hands and Pete was even caught sporting a giant love bite (or hickey) on his neck.

Over the weekend, Kim and Pete decided to catch a movie together and obviously they were surrounded by excited fans. Now, a video of a fan telling Kim: "Yo Kim, Kanye’s way better, I’m not even gon’ hold you," has surfaced online. Kim didn't respond to the fan, though, choosing to remain silent and walk away.

People slammed the fan for approaching Kim. One person tweeted: "This is so misogynistic. I don’t see people doing this shit to Kanye. Kim is allowed to move on if she wants." And another commented: "This is not the girl boss moment they think it is, it's just plain rude and mean to say that to her face."

Despite reportedly having a girlfriend, Kanye has been making attempts to win Kim back. In November, Kanye admitted that he had done things that were "not acceptable as a husband". And the following month, one day before Kim filed to be legally single, Kanye begged Kim to "run right back" to him while at Drake's Free Larry Hoover concert.

However, the SKIMS boss hasn't seemed to take the fan's criticism or Kanye's begging to heart. On Monday (Dec 20), Pete was pictured leaving Kim's hotel in New York with a grin on his face after reportedly spending the night there…