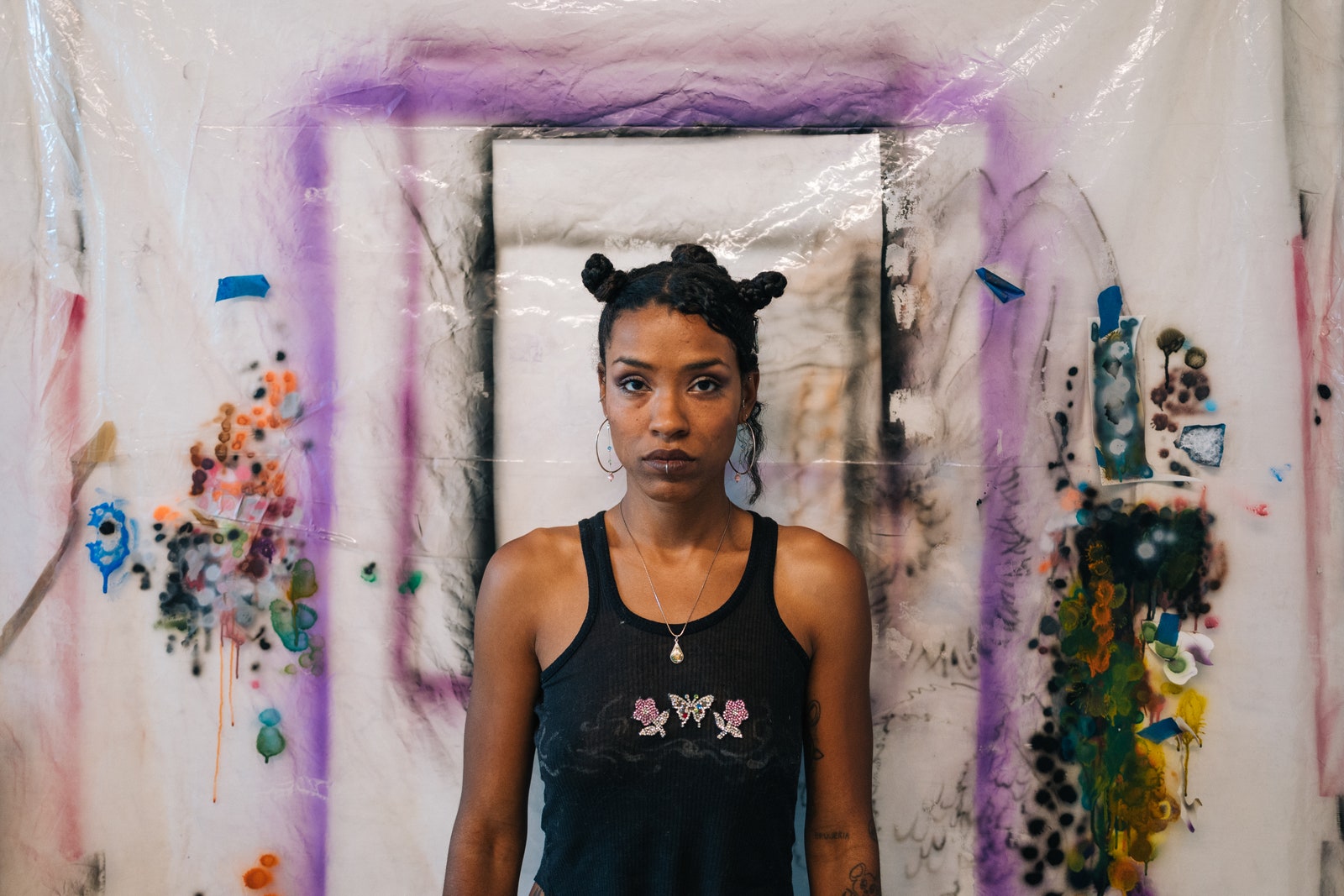 Photo: Ian Reid
Jasmine Monsegue, aka the artist Spacebrat, will airbrush virtually anything: a trippy portrait of a nude woman onto a retro loveseat, a woman in a bikini on a sheet, a tropical alien escape on canvas, and even dainty floral designs on a pair of Nike sneakers. The 26-year-old has even gone as far as to airbrush a realistic portrait of the late Lisa “Left Eye” Lopes on a t-shirt, which was shown at the London’s Harlesden High Street gallery. (Not her first gallery appearance either—Monsegue has also shown at John Wolf in New York and Faith in Tokyo.) Most recently, she dropped a one-off collection of clothing that chronicles her work with airbrushing on puffer coats and ribbed knits with nipple piercings. 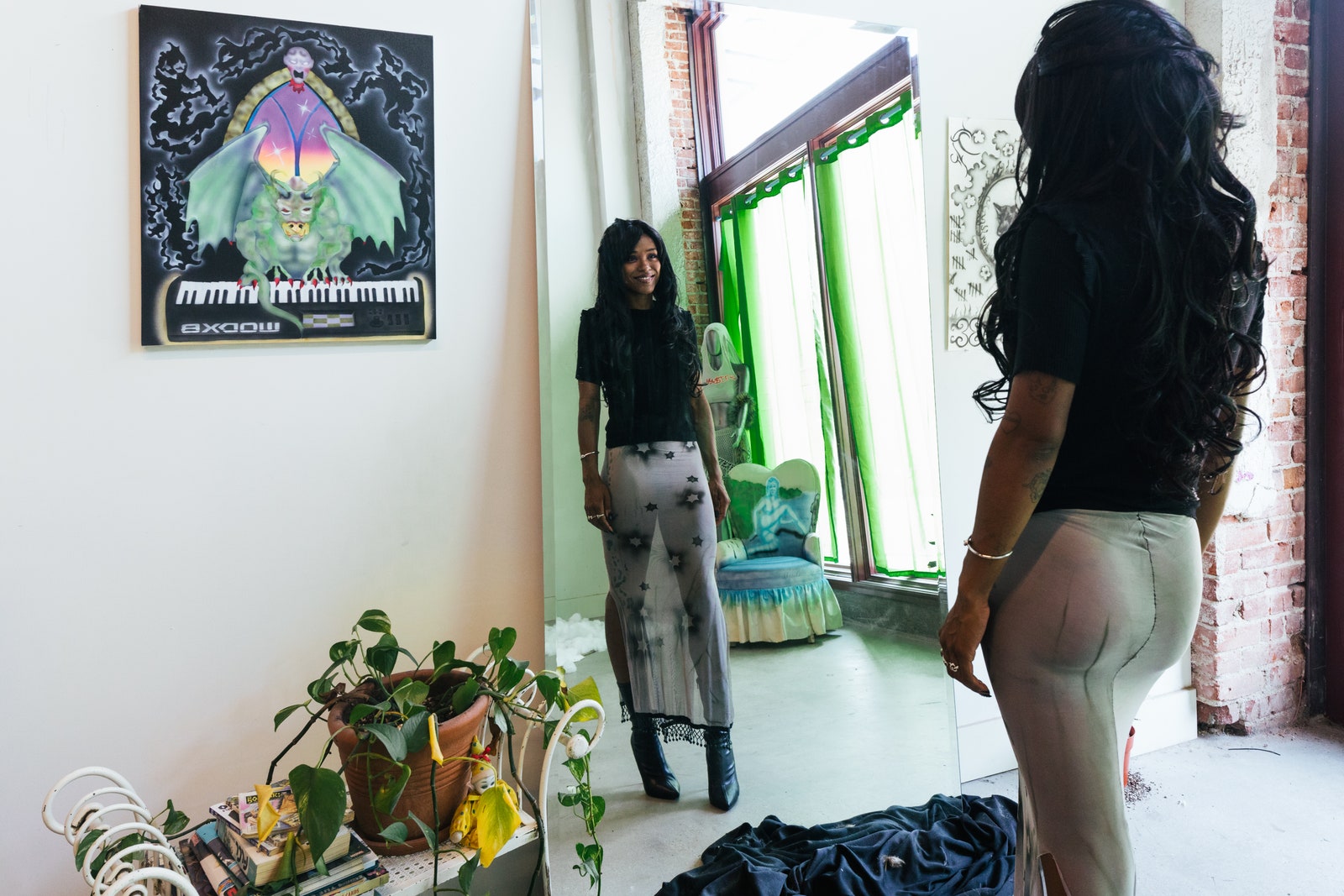 Most Popular This Week
1
Feels Like A Steal: A Winter-Ready (and Sustainable) Puffer ...
2
This Earthy Label’s Pieces Blend In With Nature
3
Zoë Kravitz and Channing Tatum Are Starting to Dress ...
4
Angelina Is an Eternal Versace Girl
5
Telfar Outerwear Is Coming—And It’s Going to Be Everywhere
6
Katy Perry on Her Halloween Costume, New Campaign, and ...
7
Gigi Hadid’s Cozy Fall Look Is Filled With Buzzy ...
8
Need Last-Minute Halloween Inspiration? TikTok’s Got You Covered
9
With ‘Lalisa,’ Blackpink’s Brightest Star Steps Into the Spotlight
10
How Eve Brought Early 2000s Swagger to the Small ...
More from: Liana Satenstein,Ian Reid
1
Spacebrat Is the Artist Making Haute Airbrushed Clothing