Created in collaboration with the French editor Christopher Niquet, the new smoky eau de parfum was influenced by Paris’s Saint Sulpice, Manhattan’s Madison Avenue, and beyond.


When Alia Raza and Christopher Niquet first met over macarons at Ladurée seven years ago, they quickly discovered that they had a shared affinity for the world of scent: Raza had recently co-founded the conceptual fragrance house Régime des Fleurs; Niquet, a French editor, had been enthralled with innovative blends ever since happening upon Serge Lutens’s Palais Royale boutique as a teenager in Paris. And so, in 2019, Raza, who had just completed a rosy, pastel-colored collaboration with Chloë Sevigny, approached Niquet with a novel idea: Would he like to help develop Régime des Fleur’s first perfume for men? An ambitious aesthete who’s worked with words and images alike, Niquet leapt at the creative endeavor. What was initially intended to be a single scent soon evolved into a collection of five distinct fragrances, the second of which launches online today.
Taking its name from Joris-Karl Huysmans’s 1891 novel, Là-Bas (which means “over there” en français) began with an intriguing premise: What if Paris’s Saint Sulpice, the church around the corner from Niquet’s childhood home, landed on New York City’s Madison Avenue, where Niquet was living at the time? Armed with an arsenal of rich references—ranging from the wood-paneled walls of gentlemen’s clubs and the Place Vendôme shirtmaker Charvet to mink-lined jackets and the earthy contralto of Etta James—Raza enlisted the perfumer Dominique Ropion, whom she refers to as “the Martin Scorsese of fragrance,” to mastermind a dry and spicy eau, which he topped off with muguet and both Bulgarian and Turkish rose absolute. The heart of the scent, meanwhile, found itself in patchouli, much to the surprise of Niquet, who once shunned the polarizing note. The smooth, smoky oil that they worked into the animalistic eau de parfum is, however, “very refined,” Raza confirms, before emphasizing with a laugh, “not hippie.” 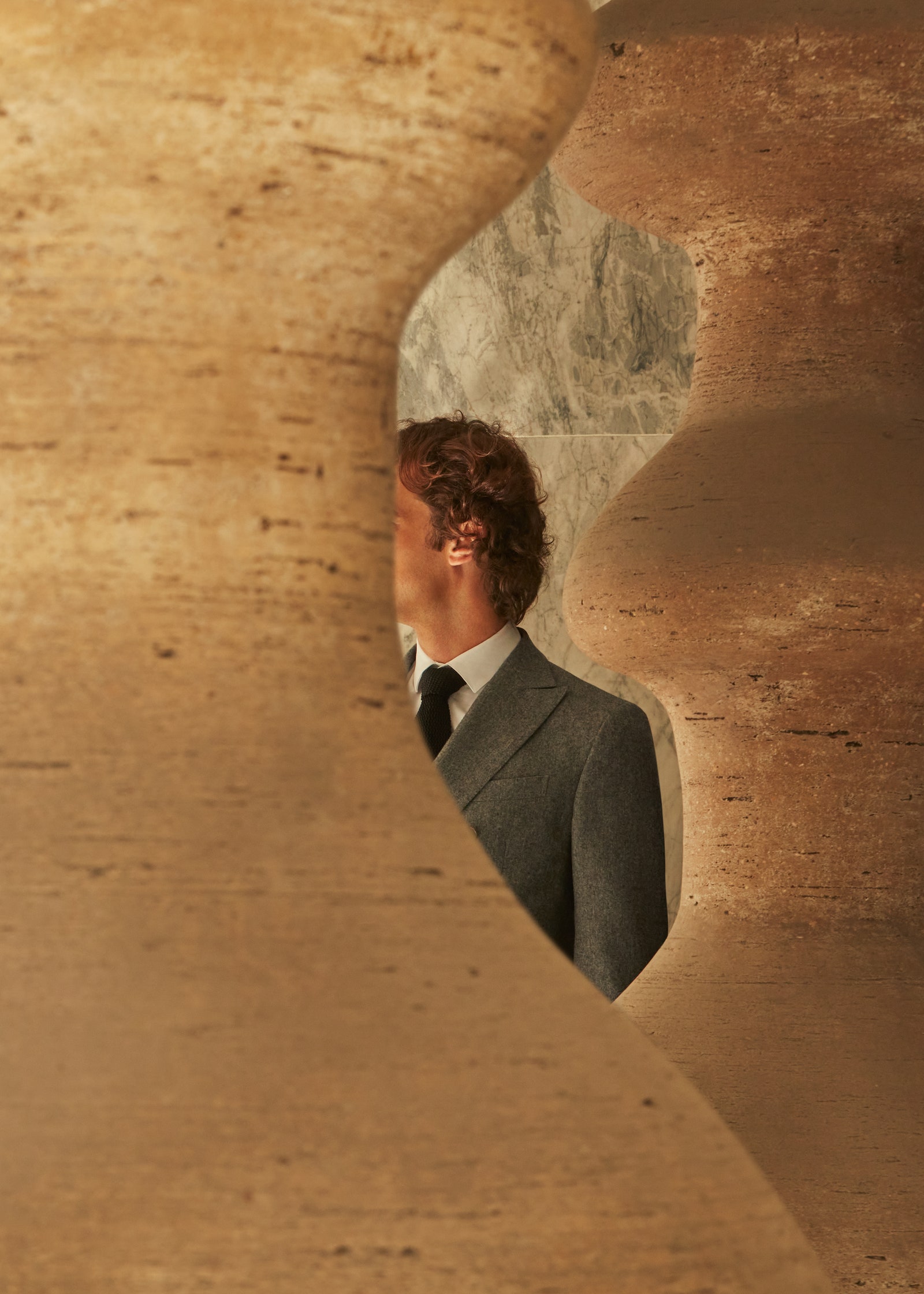 Photo: Romain Laprade / Courtesy of Régime des Fleurs
“I’ve always been more interested in that kind of niche, very specific fragrance that people either love or hate,” Niquet muses of the final olfactory creation, which arrives in a streamlined glass bottle alongside a series of images photographed by Romain Laprade and a slightly sinister short film lensed by Clovis Bataille—both shot in a 16th arrondissement building seemingly transported from midtown Manhattan. But judging by the responses from their intimate circle of transatlantic friends, many of whom have been safeguarding small vials of the scent in anticipation of today’s full-size 75-milliliter debut, Là-Bas is a unanimous crowd-pleaser—among women as well. After all, as Raza points out, “We all know by now if you like a fragrance you should wear it, no matter how you identify.”

Most Popular This Week
1
Eau de Jacquemus? The Beloved French Designer Is Reportedly ...
2
Anya Taylor-Joy’s New Role Will Surprise Absolutely No One
3
Lori Harvey’s New Skin-Care Line Is Inspired by Her ...
4
Why a Hot Water Bottle Is the Key to ...
5
Olivia Rodrigo Shows Off a Hair Transformation in Her ...
6
A Guide for Transitioning to Gray Hair, According to ...
7
Billie Eilish on Launching Her First Fragrance, and the ...
8
Watch Debby Ryan’s Guide to Depuffing Skin Care and ...
9
10 Cult-Favorite Fall Perfumes to Enhance Your Autumn
10
After Nearly Dying in Childbirth, I Wanted to Understand: ...
More from: Zoe Ruffner
1
Elle Macpherson Shares Her Wellness Guide, From Supplements to ...
2
Sofia Carson Shares Her Soft-Glam Makeup Guide
3
Régime des Fleurs’s Latest Launch Is an Enigmatic Men’s ...
4
Watch Chlöe Share Her Beauty Guide, From Sculpting Skin ...
Filed under fragrance