Trust Hailey Bieber to bring out the ultimate LBD to support her superstar husband, Justin Bieber, who was performing at a three-day festival in Las Vegas over the weekend. The model, who never shies away from a statement ensemble, opted to wear none other than Schiaparelli fall 2021 haute couture for the occasion.
Bieber showed off the razor-sharp satin blazer dress, which features gold sculptural detailing at the center, in a series of Instagram posts, finishing off the look with dark square-framed sunglasses, black stilettos, and gold hoop earrings to match. 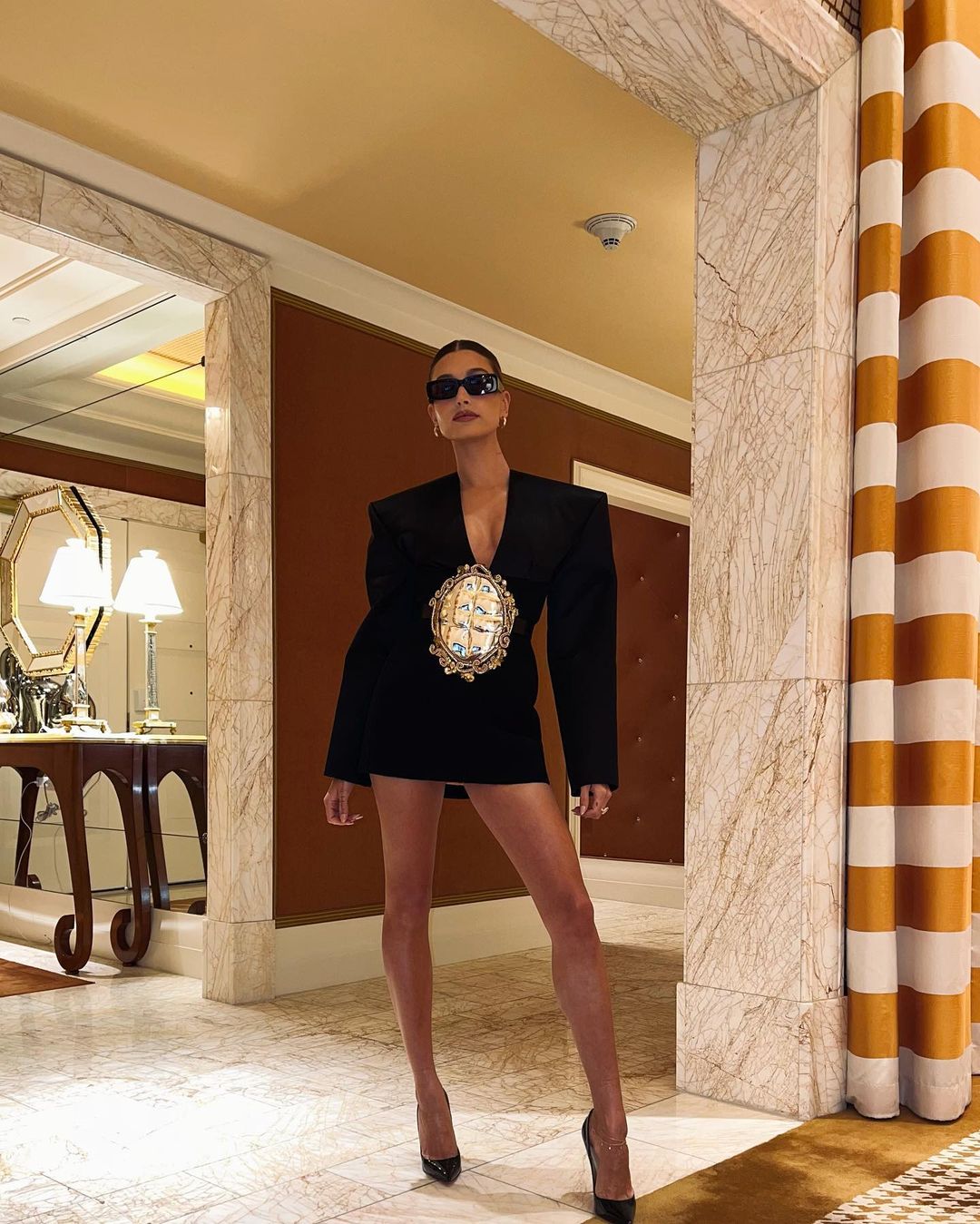 Hailey Bieber in Schiaparelli couture.
Instagram/ @haileybieber
Bieber is just the latest in a long line of high-profile fans to wear Schiaparelli, which has had an incredible year under the helm of creative director Daniel Roseberry. Whether it’s Bella Hadid in a risqué number at the Cannes Film Festival, Beyoncé at the Grammy Awards, Lady Gaga at President Joe Biden’s inauguration, or Emma Corrin at the Critics’ Choice Awards, the American designer has nailed some of the most memorable recent red carpet looks. Adele, too, is a fan, wearing one of the brand’s dreamy creations to attend a wedding in September, while Cardi B was also spotted wearing Schiaparelli on the streets of Paris during fashion month. 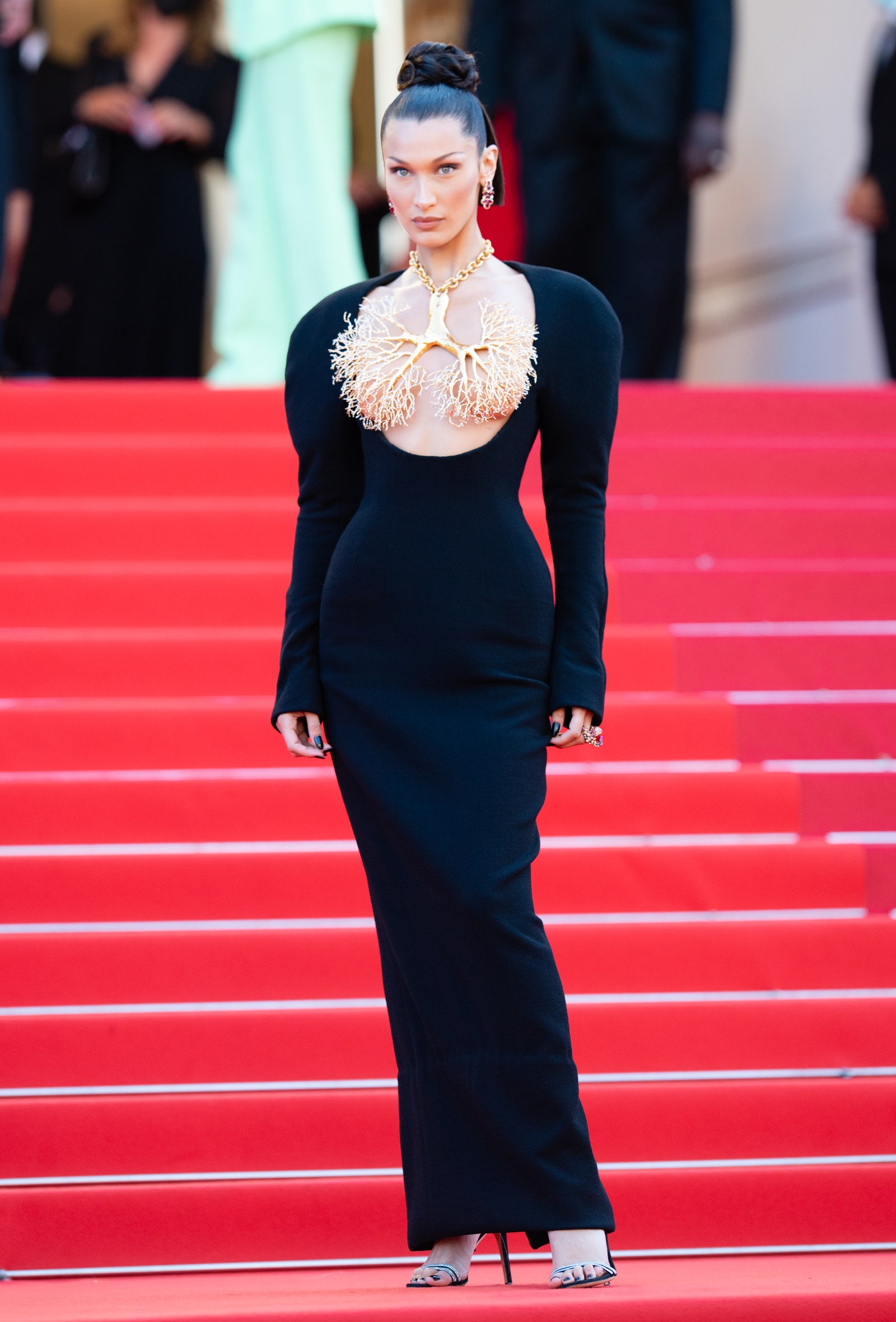 Most Popular This Week
1
Feels Like A Steal: A Winter-Ready (and Sustainable) Puffer ...
2
This Earthy Label’s Pieces Blend In With Nature
3
Zoë Kravitz and Channing Tatum Are Starting to Dress ...
4
Angelina Is an Eternal Versace Girl
5
Telfar Outerwear Is Coming—And It’s Going to Be Everywhere
6
Katy Perry on Her Halloween Costume, New Campaign, and ...
7
Gigi Hadid’s Cozy Fall Look Is Filled With Buzzy ...
8
Need Last-Minute Halloween Inspiration? TikTok’s Got You Covered
9
With ‘Lalisa,’ Blackpink’s Brightest Star Steps Into the Spotlight
10
How Eve Brought Early 2000s Swagger to the Small ...
More from: Alex Kessler
1
Kendall Jenner Proves That Cozy Autumnal Dressing Doesn’t Need ...
2
Hailey Bieber Brings Out the Ultimate Schiaparelli LBD in ...
3
Kristen Stewart Dazzles In Chanel at the Spencer Premiere
4
How To Serve Athleisure Like Bella