From Eva Green in Roberto Cavalli to Grace Jones in Alaïa, find all the best Bond fashion moments here.


We all know that James Bond is more than capable of pulling off a razor-sharp tailoring moment, whether the classic Savile Row three-piece suits designed by Anthony Sinclair for Sean Connery or the sleek Tom Ford fits favored by Daniel Craig. But the franchise’s real standout fashion moments have always come courtesy of the Bond girls, the sidekicks (and sometimes adversaries) of Bond whose prowess in a fight to the death is matched only by their sartorial flair.
And as the role of the Bond girl, or Bond woman, has evolved over the years, so has her style. While the actors of yesteryear were more likely to be found in bikinis or negligees, today they’re as often sporting a killer suit as a couture gown. Here, we round up all the best onscreen fashion moments from Bond movies across seven decades—all the way up to the latest film, No Time to Die.

10. Olga Kurylenko as Camille Montes in Quantum of Solace (2008) 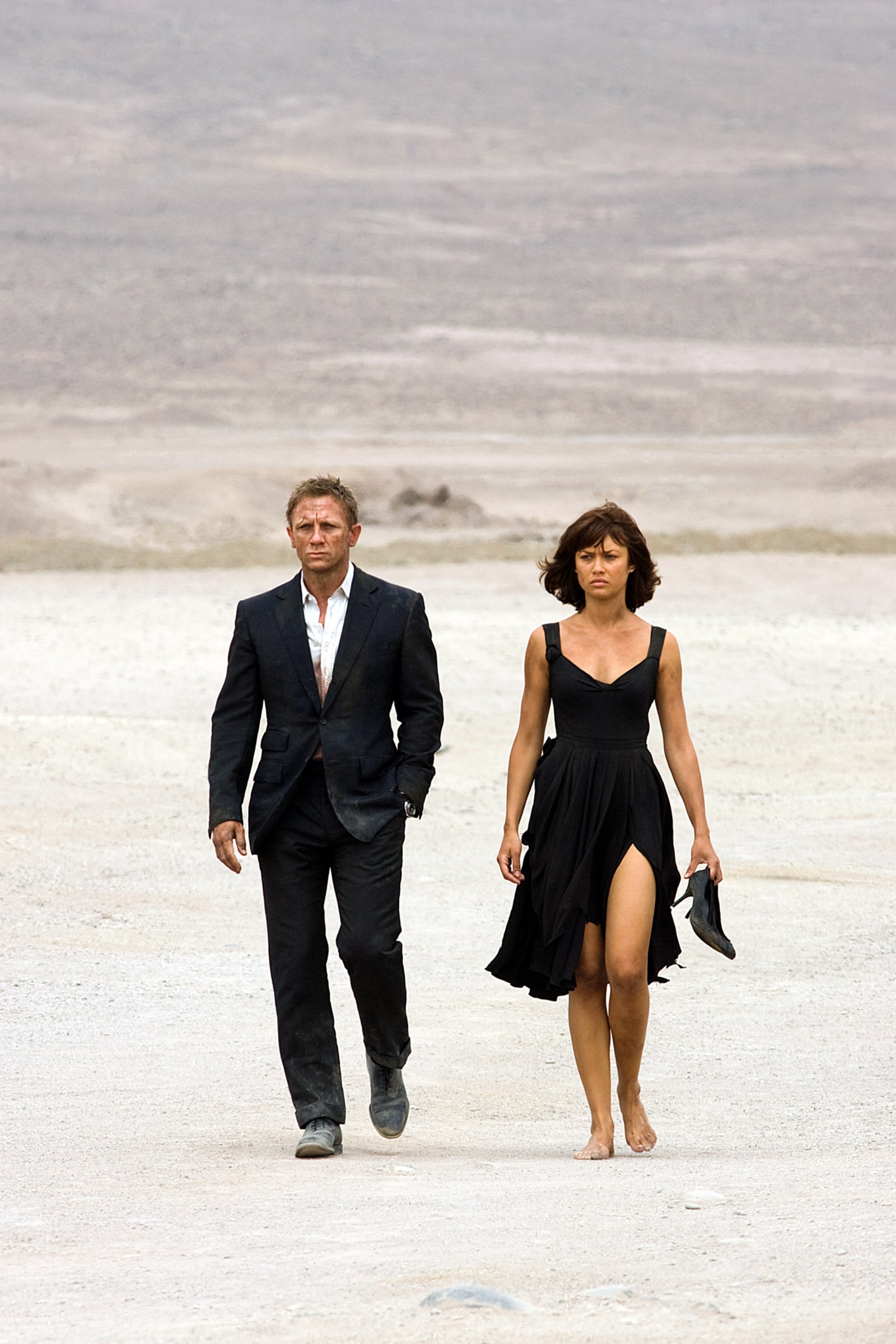 © MGM / Courtesy Everett Collection
While Quantum of Solace is often (and perhaps unfairly) maligned as the weakest film of the franchise’s Daniel Craig era, it didn’t disappoint in the style stakes. That’s in no small part thanks to Olga Kurylenko’s showstopping turn as Camille Montes, a woman seeking revenge against the film’s villain for the murder of her family. As one of the tougher Bond girls in recent memory, it only felt right that she should wear a look by Prada; that the black cocktail dress with a sweetheart neckline and wide shoulder straps should be effortlessly stylish too was simply the cherry on the cake. 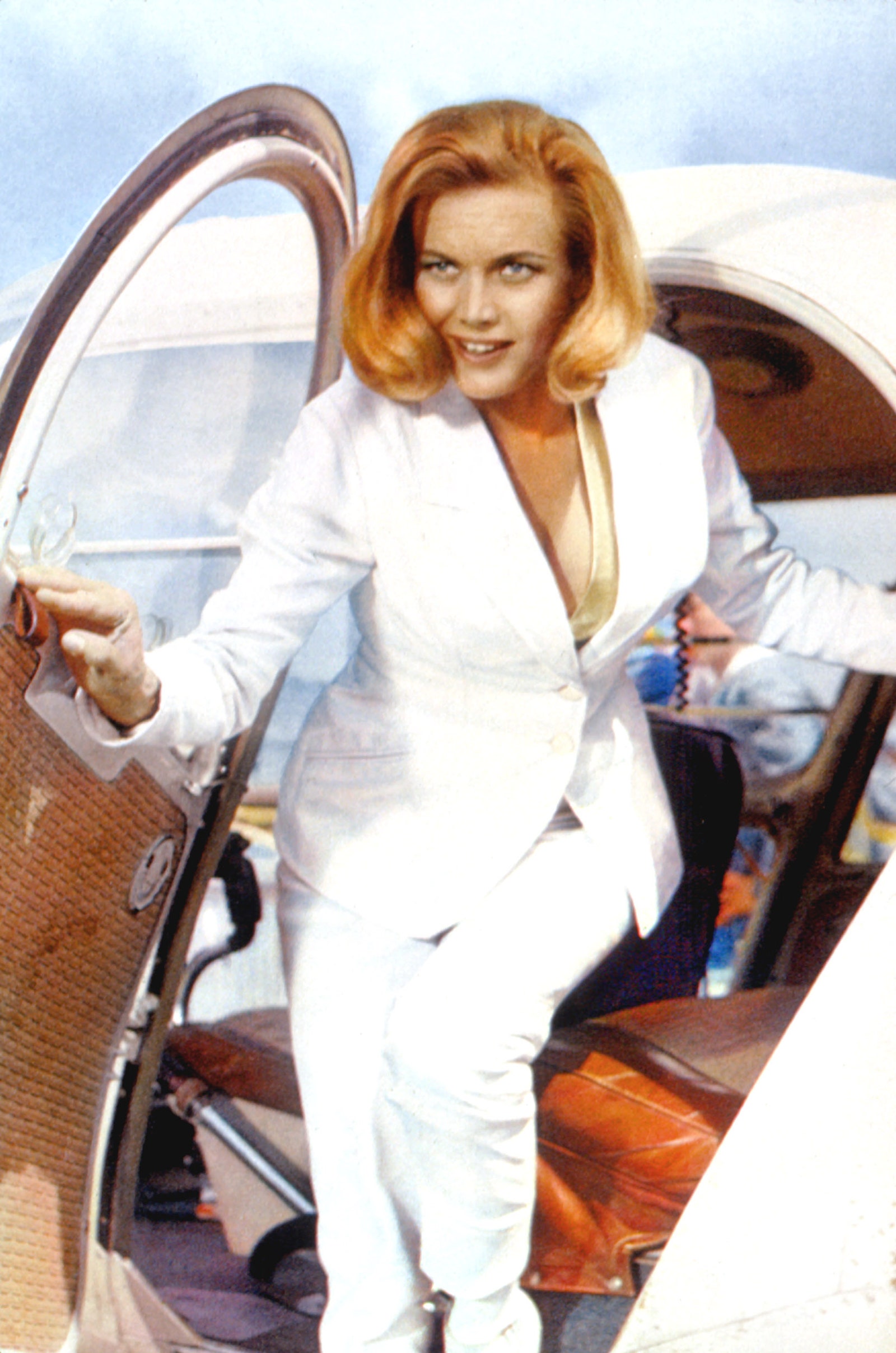 Most Popular This Week
1
Feels Like A Steal: A Winter-Ready (and Sustainable) Puffer ...
2
This Earthy Label’s Pieces Blend In With Nature
3
Zoë Kravitz and Channing Tatum Are Starting to Dress ...
4
Angelina Is an Eternal Versace Girl
5
Telfar Outerwear Is Coming—And It’s Going to Be Everywhere
6
Katy Perry on Her Halloween Costume, New Campaign, and ...
7
Gigi Hadid’s Cozy Fall Look Is Filled With Buzzy ...
8
Need Last-Minute Halloween Inspiration? TikTok’s Got You Covered
9
With ‘Lalisa,’ Blackpink’s Brightest Star Steps Into the Spotlight
10
How Eve Brought Early 2000s Swagger to the Small ...
More from: Liam Hess
1
Emma Raducanu on Becoming Dior’s Newest Ambassador
2
Olivier Rousteing Shares the Moving Story of His Burns ...
3
The 10 Best Bond Girl Fashion Moments, Ranked
4
Paris Jackson’s “Rock Royalty” Tee Is a Perfect Fashion ...